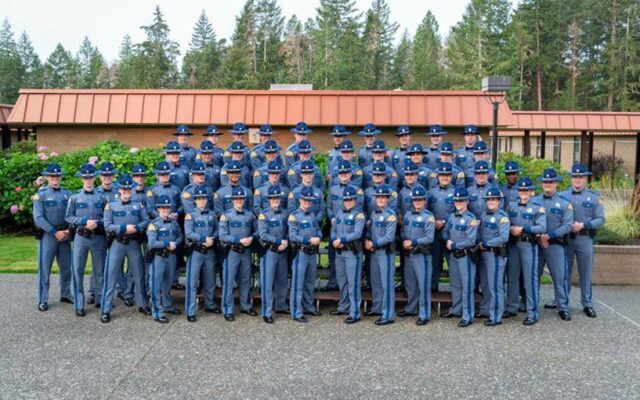 Olympia, Wash. – There are 49 new Washington State Troopers on the roads helping keep our community safe now. KXL’s Jacob Dean talked with the Washington State Patrol about the new troopers.

Lt. Shraff with WSP says 40% of the 49 new troopers are diverse, minorities and women, and the agency is very proud of the growing diversity. She says between covid and the civil unrest in the streets, it is tough to get new recruits coming on board, but they are hiring. She says some of the new troopers have told her the reason why they’ve signed up to join the force, is to reconnect with the community and help bring a solution to the civil unrest in the streets.

At a ceremony held at the WSP Academy in Shelton WA recently, 49 Washington State Patrol (WSP) troopers were sworn in by Justice Susan Owens of the Washington State Supreme Court.  They were presented their commission cards by Assistant Chief Jeff R. Sass, who welcomed them into an organization known and trusted by the citizens of Washington State.

They were also welcomed to service by Chief John R. Batiste and Governor Jay Inslee in a Covid appropriate ceremony held outside on the facility’s driving skills range.  The newly commissioned troopers have been on the Shelton campus since March, isolated from many of the impacts of the virus.  During the graduation ceremony, they remained in their patrol vehicles throughout most of the ceremony, seated in respectful attention, listening to the remarks by radio.  They exited only to raise their hands and take the oath of office, to pay appropriate honors, and for a socially distant and masked photograph with Chief Batiste in front of each patrol unit.

They now depart for their duty stations across the great state of Washington.  We are honored by their willingness to serve in these unique times, their courage to protect both the public and roadways of our state, and their commitment to fairness and dignity for all. 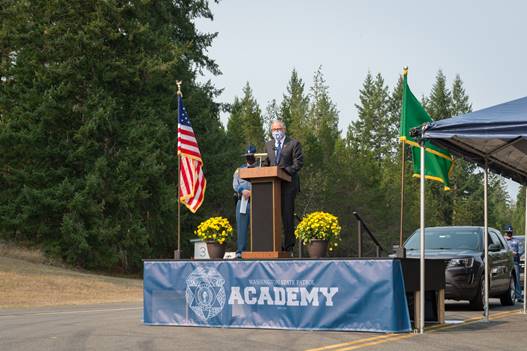 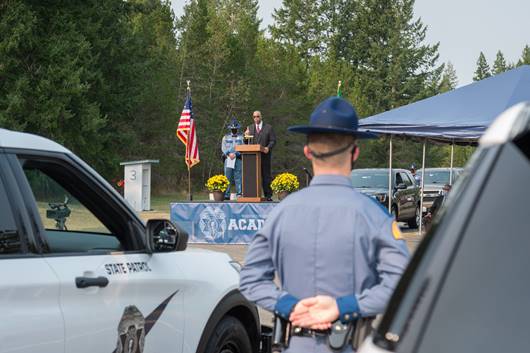 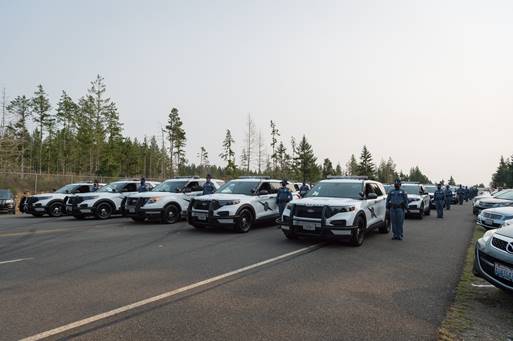 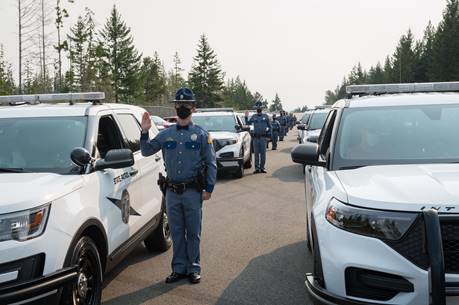 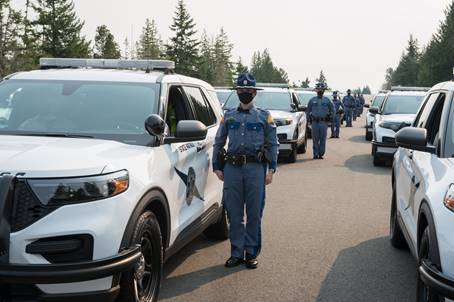