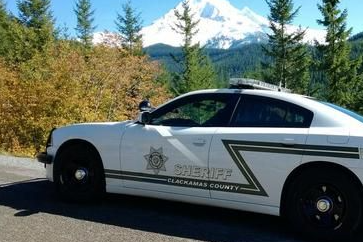 HAPPY VALLEY, Ore. — A grand jury has found the actions of Clackamas County Sheriff’s Deputy Jansen Bento to be justified in the shooting death of 26-year-old Nathan Honeycutt on September 27th.

Deputy Evan Sanders was on patrol around 2:00 that morning in Happy Valley when he saw a stolen truck without license plates swerve near Southeast 145th and King Road.  Using sirens and lights, he unsuccessfully tried to get the driver to stop.  The deputy continued to follow the truck and used spike strips.  The truck hit the deputy’s patrol car, but kept going.  When back-up arrived, a PIT maneuver was used, causing the truck to crash into a barrier.

Honeycutt got out of the vehicle and began running.  He was tackled to the ground and told deputies he had a gun.  He would not drop the weapon and pointed it inches away from Deputy Bento’s chest.  That’s when the deputy fired three times, fatally wounding Honeycutt.  A gun was recovered near him.

The grand jury had access to deputy and witness testimony along with photos, dispatch records and dashcam videos.  Jurors concluded that Deputy Bento under Oregon law was justified in using deadly force and no criminal charges will be brought against him.