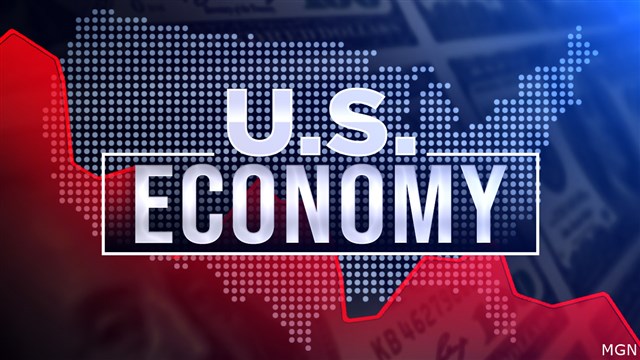 WASHINGTON (AP) — The U.S. economy shrank at a 0.6% annual rate from April through June, the government said Thursday in an upgrade from its initial estimate. It marked a second straight quarter of economic contraction, which meets one informal sign of a recession.

Most economists, though, have said they doubt the economy is in or on the verge of a recession, given that America’s job market remains robust, with strong hiring, low unemployment and widespread openings. Still, inflation is near a four-decade high and is punishing consumers and businesses. And the Federal Reserve’s aggressive efforts to tame inflation through steep interest rate hikes are raising the risk of an eventual recession.

In its revised estimate Thursday, the Commerce Department calculated that the nation’s gross domestic product — the broadest measure of economic output — contracted last quarter, though less than the 1.6% annual decline in the January-March period. In its previous estimate for the April-June quarter, the government had estimated that the economy had shrunk at a 0.9% rate.

Consumer spending, which accounts for nearly 70% of U.S. economic activity, grew at a 1.5% annual pace last quarter, faster than Commerce initially estimated but down from 1.8% from January through March.

By contrast, government spending and business investment declined. And inventories tumbled as businesses slowed their restocking of shelves, shaving 1.8 percentage points from GDP.

In its drive to curb inflation, the Fed has raised its benchmark interest rate four times this year by increasingly large increments. By raising borrowing rates, the central bank is making it costlier to take out a mortgage or an auto or business loan. The idea is that consumers and businesses will borrow and spend less, thereby helping cool the economy and slow inflation.

In the meantime, signs of economic weakness are growing. The rise in borrowing costs has weakened the housing market, in particular. Sales of both new and existing homes are down sharply, and the pace of home construction in July sank to its lowest point since early last year. Similarly, retail sales were flat last month, with inflation and higher loan rates forcing many households to spend more cautiously.

Under Chair Jerome Powell, the Fed is aiming for a “soft landing,” whereby the economy slows enough to reduce hiring and wage growth without causing a recession and lowers inflation back to the Fed’s 2% annual target. But by tightening credit even while the economy has slowed, the Fed is heightening the risk that its rate hikes will trigger a downturn. The surge in inflation and fear of a recession have eroded consumer confidence and fanned public anxiety about the economy.

But the job market remains resilient. Employers are adding a robust average of 470,000 jobs a month, and unemployment is down to 3.5%, tying a pre-pandemic 50-year low.

In recent weeks, inflation pressures have begun to slow modestly, driven by a steady drop in gas prices from their lofty highs, along with lower measures of overall inflation. In July, consumer prices were 8.5% more than they were a year earlier, down from a 9.1% year-over-year jump in June. And on a monthly basis, prices were unchanged from June to July.

Still, the costs of many necessities, notably food and rent, have shown little sign of moderating and continue to squeeze millions of households.