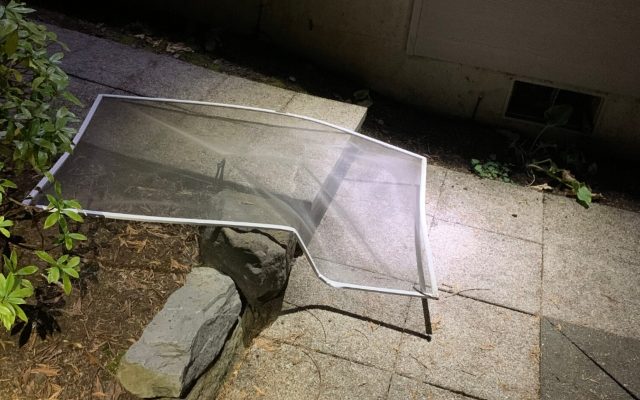 WASHINGTON COUNTY, Ore. — Four children under the age of six have fallen out of windows at homes in Washington County in the past month and two suffered critical injuries.  In all of the cases, the children were playing near open windows when they fell from the second-story and only the screen was protecting the open window.

Two brothers, ages four and six, fell over 20′ to the concrete below on Tuesday at a home in Bethany.  One of them has skull fractures and it’s believed that one of the children landed on the other.

Safe Kids Oregon says every year, about 50 children under the age of 13 in Oregon suffer traumatic injuries falling from open windows.

The Washington County Sheriff’s Office wants to urge people to “Stop at 4”.  The campaign reminds everyone to only open windows 4 inches or less to prevent young children from falling.  They also suggests parents, caregivers, or anyone who might have a child living or visiting their home adhere to the following guidelines: