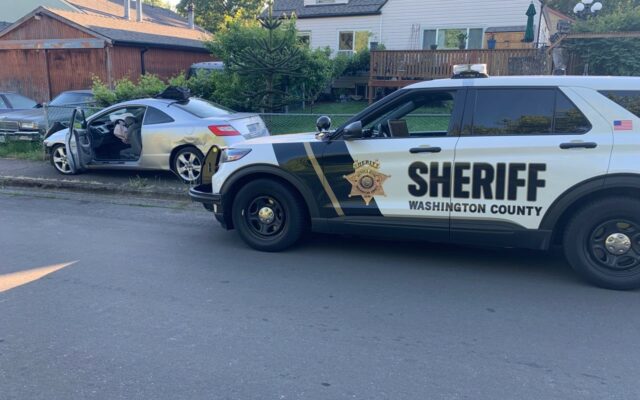 The Washington County Sheriff’s Office says early Friday morning deputies responded to a report that four boys had allegedly stolen a car from the International School of Beaverton.

When deputies arrived at the school on SW Blanton Street in Aloha the learned that the boys had allegedly stolen a set of car keys then drove off in the victim’s car.

The Sheriff’s Office says that less than 15 minutes later a patrol deputy had located the car, which had crashed at the intersection of of SW 178th Avenue and SW Shaw Street.

Deputies then began searching for the suspects.

The Sheriff’s Office said, “All four were detained and now face charges of robbery in the second degree. One of the suspects had an altered BB gun with a magazine filled with actual bullets.”

The Sheriff’s Office also said that due to their ages none of the suspects will be identified.
All four were taken to the the Donald E. Long Detention Center in Portland.