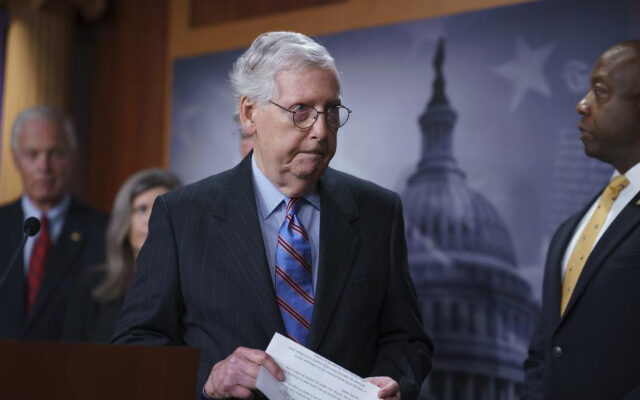 WASHINGTON (AP) – Sen. Mitch McConnell of Kentucky has been reelected as Republican leader, quashing a challenge from Sen. Rick Scott of Florida.

Scott was the Senate GOP campaign chief, and he has been criticized over his party’s midterm election failures.

They first rejected an attempt to delay the leadership choice until after the Senate runoff election in Georgia next month.

The renegade bid from Scott came amid fallout from the midterms, when Republicans failed to take the Senate majority.