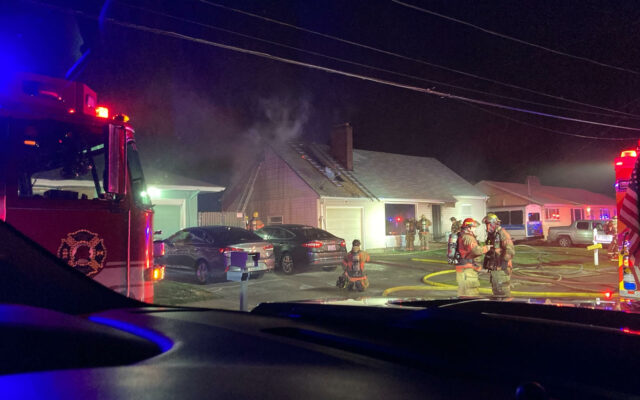 PORTLAND, Ore. — Nobody was home at the time when a fire broke out on Tuesday morning near Southeast 128th and Salmon Court that caused substantial damage.

Crews were called just before 5:00am.  They saw fire and smoke coming from the back and side of the one and a half story home.

Initial reports indicate the fire started in the basement.  Part of the first floor burned through, challenging firefighters who had to repeatedly move hoses and equipment.

There were no injuries.  A cause has not yet been identified.