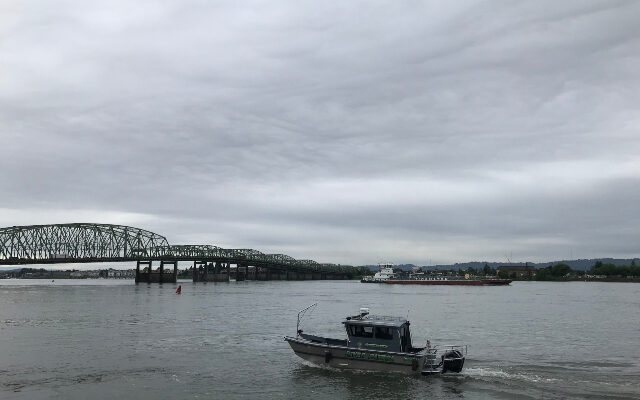 PORTLAND, Ore. —  The Columbia River is not receding as quick as forecasters expected.  A Flood Warning for the river from Portland to Southwest Washington has been extended again until Friday afternoon.

The National Weather Service warns that minor flooding is expected along the river in Multnomah and Clark counties, particularly parks and trails.

Update: Minor flooding is forecast to continue at times through Friday morning along the Columbia River in Clark and Multnomah county. Minor flooding can be expected at parks and trails along the river. #ORwx #WAwx pic.twitter.com/p7XJXenWxm

Record setting rain from last week’s atmospheric river of moisture caused the river to approach minor flood stage and filled it with debris.

River levels are around the 16′ flood stage, the highest point in more than three years.  There have been more Interstate Bridge lifts on I-5 than usual due to the high water levels.

The region saw more than a foot of rain in the first two weeks of June, marking one of the wettest springs in years.