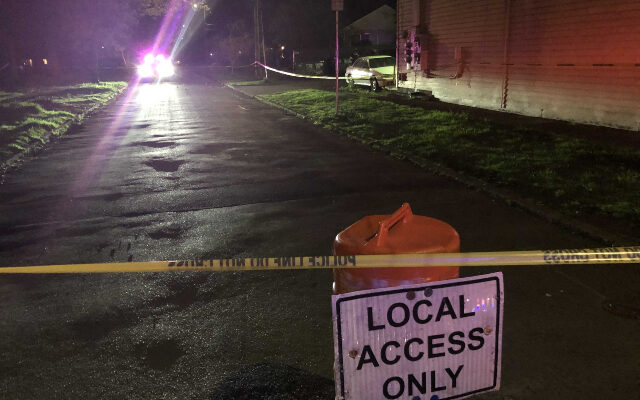 PORTLAND, Ore. — In just under six hours between Tuesday night and early Wednesday morning, five people were wounded in three separate shootings across the city.

Officers found a man who had been shot several times at Southeast 72nd and Woodstock around 7:00pm.  Witnesses saw the gunshots coming from a vehicle and gave officers the license plate number.  The vehicle was stolen.  It was found abandoned near Southeast 83rd and Tolman.

Just before 1:00am, a shooting was reported on Southeast Powell Boulevard at the I-205 entrance.  A witness said gunshots were being fired from one vehicle at another in traffic.  A man and woman turned up at the hospital with gunshot wounds and officers determined they were shot in this incident.

While at the hospital investigating the earlier shooting, security notified police of two more people who had come in with gunshot wounds.  They were shot during an attempted carjacking at Northeast 100th and Halsey.  A man approached the victims and pulled out a gun, demanding their car before shooting.  Although wounded, they were able to escape and drive themselves to the hospital.

All of the victims are expected to survive.  Police have not released suspect information in any of these shootings at this time.

These shootings make 378 for the year that have injured 108 people.