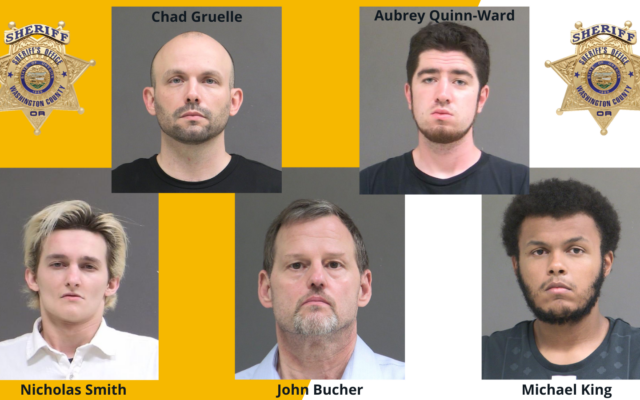 LAKE OSWEGO, Ore. – Five men are under arrest after a child predator sting in Washington County.

The sheriff’s department says undercover investigators posed as children online and offered to meet the men for sex.

When the men arrived, they were arrested.

The following people face felony crimes of luring a minor and online sexual corruption of a child in the first degree:

Police believe there may be more victims.