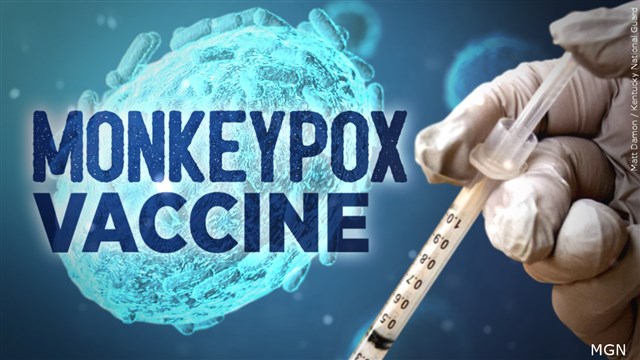 PORTLAND, Ore. – The Oregon Health Authority is making changes to its criteria for the monkeypox vaccine.

As of now, anyone who has recently had, or anticipates having, direct skin to skin contact with at least one other person and who knows other people in their social circles who have had monkeypox can now get a shot. In addition, vaccination guidance no longer refers to sexual orientation or gender identity. Dr. Timothy Menza, Senior health adviser for OHA’s monkeypox response, explains why they’re making these changes.

“The eligibility criteria in of itself, with that language, calling out people of certain sexual orientations, gender identifies, and specific sexual behaviors was actually a barrier for folks,” Dr. Menza said, adding this was a decision made with the help of other local public health authorities, and Tribal health organizations. “That’s because of the stigma associated with identifying with or admitting to some of the behaviors that are indicated in the previous eligibility criteria.”

Another way to eliminate the stigma and make at risk populations comfortable with getting the vaccine is how local communities treat mass vaccine events. Dr. Menza says these events should “offer many different services so that people don’t feel like they’re not just going for a monkey pox vaccine,” saying that some may feel singled out. Instead, vaccine providers at these events should integrate the influenza vaccine, COVID-19 vaccines and boosters, HIV and STI testing, HIV PrEP information and referrals, as well as harm-reduction. “So they’re not just going for a monkeypox vaccine. They could actually be going to an event and getting vaccinated or getting health information on a number of things. So again, trying to reduce the stigma.”

In the announcement, Dr. Menza also shared researcher are learning more about how the virus is not spread to ease some worries.

“What we know from lots and lots of data both nationally and internationally, is that we have no documented cases among people who have gone to gathers where folks are fully clothed. We don’t have any evidence that trying on clothes or shoes at a store results in transmission. That traveling in a plane, airport or any kind of public transportation, that swimming in a pool or body of water spreads it. Or even casual contact with other people, even skin-to-skin encounters would cause transmission,” Dr. Menza says. “What we think will lead to transmission is more prolonged skin-to-skin contact that includes some friction or rubbing, or may include some broken skin.”

Further, there is no longer the narrative that there would not be enough vaccine to go around “because of a change in the recommendation of the type of dosing and how it’s administered,” Dr. Menza said. “The reason vaccine supply has expanded is that the CDC has recommended that we use something called intradermal dosing. And that means the vaccine is administered through the top two layers of the skin. A 2015 study showed using that type of administration, between layers of skin, in which you can use one-fifth of the dose is equivalent to a full dose between the skin and muscle, which is called subcutaneous dosing.”

So now one vile of vaccine can be used for up to five doses. Plus, because Oregon is giving the vaccine out at such a high level, they are eligible to receive even more doses from the CDC.

Anyone high risk for the virus is recommended to get the vaccine, especially if you’ve had close contact with someone with monkeypox.

The best place to get your questions answered regarding the monkeypox virus and the vaccine is at your local and county public health department. They can connect to providers or their own clinics. Plus, their are two mass vaccination sites in Oregon. One in Wood village, the other is in Eugene.