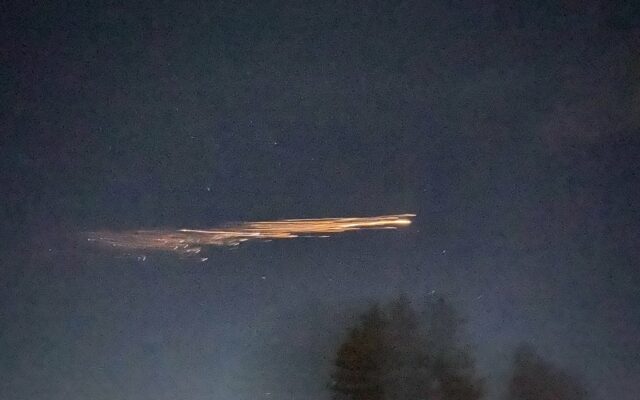 PORTLAND, Ore. — Social media lit up with videos, pictures and comments as people across the Pacific Northwest saw something dramatic in the sky on Thursday night.

They looked up at the sky and saw a fireball.   Some people reported hearing explosions.

Astronomer Jonathan McDowell at the Center for Astrophysics says the streaking light came from the Falcon 9 rocket that SpaceX launched on March 4th.

McDowell says the rocket “failed to make a de-orbit burn,” and the event people witnessed was the rocket re-entering the atmosphere after 22 days in orbit.

Folks from the Oregon Coast, Salem, the Portland area, Southwest Washington, and Seattle spotted the fiery ball in the sky.