PORTLAND, Ore. — Portland Fire Bureau Station 22 takes in a lot of acreage.  It covers a wide area that’s not necessarily heavily populated.  The work paramedics and firefighters do there is very relevant to Scappoose, Highway 30, Forest Park and Marine Drive.  Engines from this station are often the closest to medical and fire emergencies.

Lieutenant Mariya Fuge with the Portland Firefighters Association Local 43 says: “Portland Fire has 165 full time firefighters on duty per day covering three shifts.  2007 was the last time the number of on duty personnel were added.  169 people were on duty then.  In 2013, 50 full-time employees were cut.”

The number of medical calls in the last five years has jumped from 70,000 to 112,000.  Response times are decreasing because crews are having to pull trucks in from farther away. 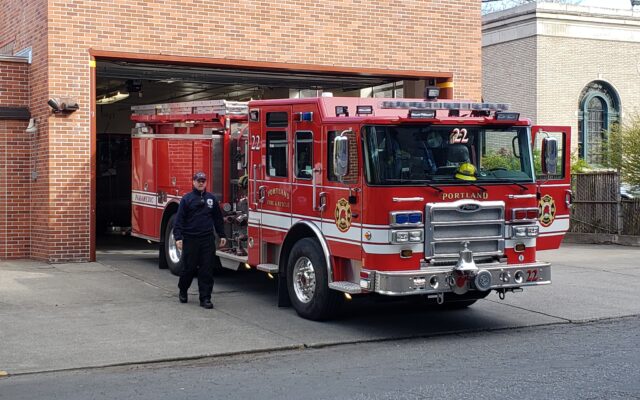 When FM News 101 talked with people living in the neighborhood, none of them knew they were in danger of losing their fire station.  The city budget office has recommended restoring proposed cuts to the fire budget.  There’s no word if Mayor Ted Wheeler will accept that recommendation.

A final Community Safety Listening Session will be held on Saturday, April 17th from 10am-12pm online.  You may sign up to comment by 4pm this Friday.