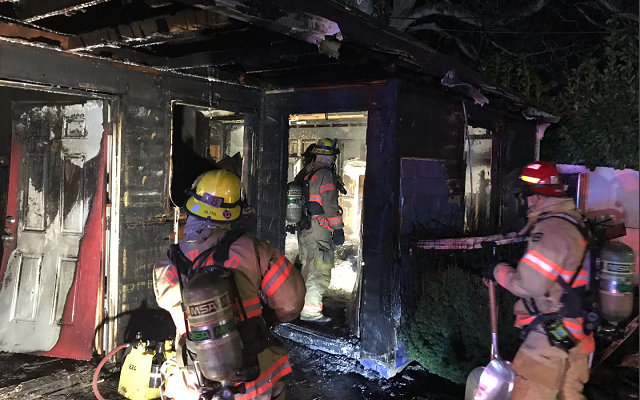 Portland, Ore. – A early morning fire caused some damage at the Oregon Motel this morning and left almost a dozen people homeless for now. Lt. Damon Simmons with Portland Fire and Rescue says it broke out around 4:30am this morning at the Oregon Motel on North Interstate avenue just north of Lombard in Portland. 11 people were displaced. Crews are working to determine the cause of the fire. KXL’s Jacob Dean talked with Lt. Simmons

Fire is out no injuries. Investigators are on scene working to find the cause and fire crews are assisting them. Interstate is still closed from Lombard to Kilpatrick except for MAX trains (moving through at walking speed). pic.twitter.com/neD6mRScXx

Two rooms damaged by fire and 4 more by smoke. 11 people have been displaced. pic.twitter.com/vIvUOBhZcd