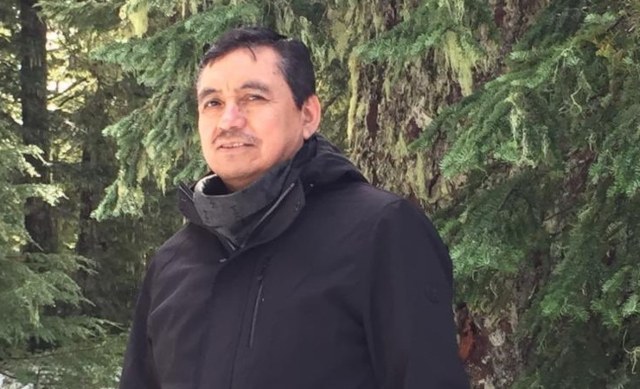 PORTLAND, Ore. (AP) — The family of a Portland, Oregon, man whose car slid off the Glenn Jackson Bridge and plunged into the Columbia River during a winter storm is suing the Oregon Department of Transportation for $12 million.

A crash investigation shows Antonio Amaro Lopez, 57, was driving home from his Hazel Dell restaurant in Washington Feb. 14, 2021, when he hit a patch of ice on the Interstate 205 bridge.

Amaro Lopez was driving south on the bridge, which connects Oregon and Washington, as a winter storm created hazardous road conditions throughout the Portland area.

Amaro Lopez’s body and Subaru were recovered from the river three days later.

The wrongful death lawsuit was filed Monday in Multnomah County Circuit Court, alleging the Oregon Department of Transportation was negligent in its responsibility to clear a section of the interstate and could have prevented the accident, The Oregonian/OregonLive reported.

The lawsuit alleges the Oregon agency is responsible because Amaro Lopez’s car crashed off the south side of the bridge.

An Oregon Department of Transportation spokesperson declined to comment on the pending litigation.

A police investigation found Amaro Lopez was traveling at the 55 mph speed limit when his SUV hit a smooth and compact patch of ice or snow, spun out of control, swerved into a bus lane and drove up a snowbank next to the outer railing.

The suit alleges that the snowbank was “man-made” by maintenance crews using plows to push snow to the edge of the bridge. The agency “failed to clear the shoulder,” the suit says.

The 32-inch-(81 centimeter) railing of the bridge is too low and dangerous in comparison to other bridges of its size, which are typically 39- to 43-inches (99- to 109-centimeters) high, the suit contends.

Amaro Lopez was a founding member of the restaurant Amaro’s Table in Vancouver, which later expanded to open a second location in Hazel Dell.