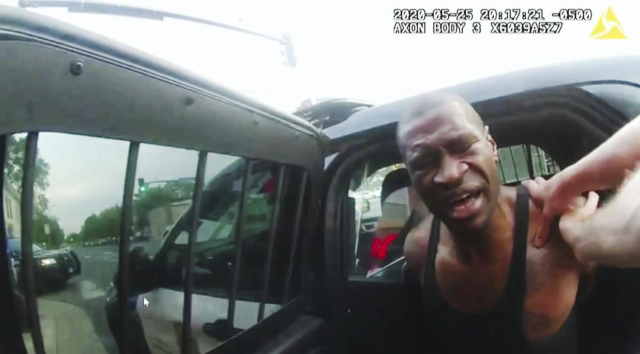 In this image from police body camera video shown as evidence in court, Minneapolis police officers attempt to place George Floyd in a police vehicle, on May 25, 2020, outside Cup Foods in Minneapolis. (Minneapolis Police Department via AP, File)

MINNEAPOLIS (AP) – A former Minneapolis police officer has pleaded guilty to aiding and abetting second-degree manslaughter in the killing of George Floyd just as jury selection was about to begin.

J. Alexander Kueng on Monday agreed to a deal that calls for 3 1/2 years in prison, with prosecutors agreeing to drop a count of aiding and abetting second-degree murder.

He’s the second officer to plead guilty to the state charge, following Thomas Lane, who pleaded guilty earlier this year.

He stuck to that Monday but agreed to waive a jury trial and accept stipulated evidence that will eventually have the judge decide his guilt or innocence.