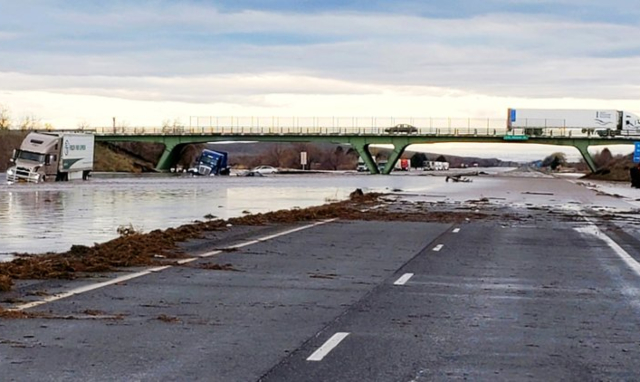 SALEM, Ore. (AP) – The city of Pendleton will get a $1.8 million through an emergency loan for repairs to a critical levee damaged by massive flooding in northeast Oregon earlier this month.

Oregon Gov. Kate Brown says the no-interest loan is part of a larger $11.65 million recovery package she outlined last week, but is the only part of the proposal that can advance without lawmakers’ approval.

GOP politicians in both the Oregon House and Senate walked out Tuesday to stall a vote on a climate change bill.

Brown declared a state of emergency in three Oregon counties after severe flooding caused by unusually heavy rain and snowmelt.