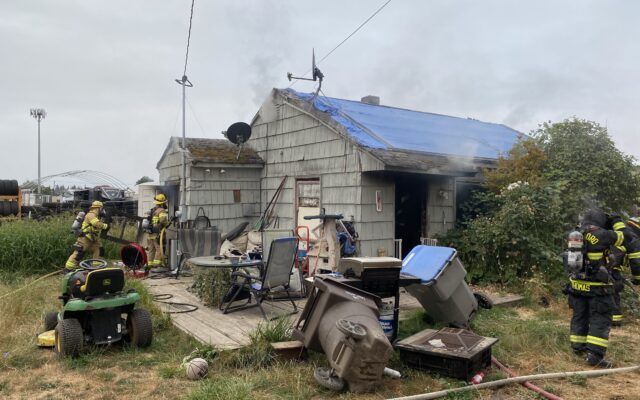 HILLSBORO, Ore — Crews with Hillsboro Fire and Tualatin Valley Fire & Rescue worked to extinguish a house fire at 24500 Southeast Witch Hazel Road, early Saturday morning.
Multiple callers reported seeing heavy black and billowing smoke coming from the residence, shortly before 7:30 am.
First Responders found multiple hot spots and immediately attacked those areas in order to prevent further spread. The call was upgraded to a first alarm to bring in more crews and resources.
Two adults were inside the home at the time and were able to get out on their own. No other persons or pets were found in the home.
One person was treated at the scene for exposure to smoke and heat.
Fire Investigators determined the fire was accidental, caused by an overloaded power strip in a bedroom.
A chaplain assisted the two residents who were displaced by the fire.