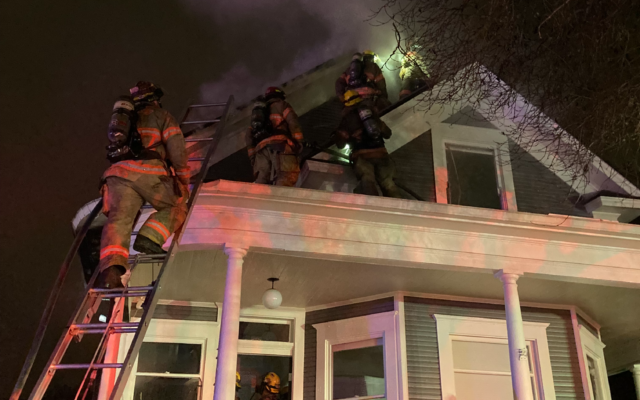 Portland, Ore. – Portland Fire and Rescue was called to a house fire at ne 9th a Tillamook. The
under construction building was fully involved when crews arrived and more units were called.

One of the complicating issues… live powerlines on the ground. Eventurly the powercompany was allerted and the juce cut off.

The home did suffer a structural collapse… causing the home to fall into itself. Meanwhile firefighters say the flames spread to two nearby homes. one home had it’s windows blown out by the heat another had the fire spread to it’s attic.

Portland Fire and rescue says fortunately no one was injured.