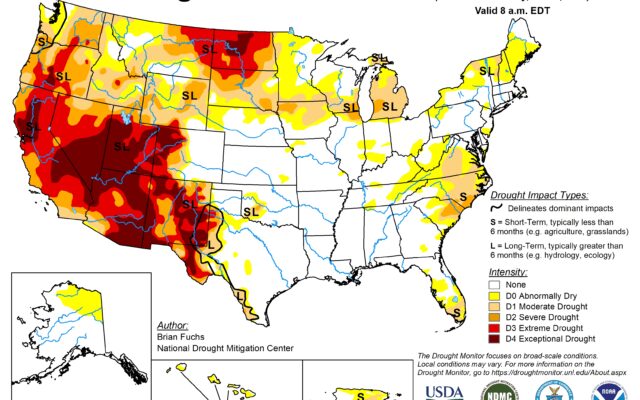 It’s a dry report from the U.S Drought Monitor.   The weekly report shows most of the West and Southwest lit up in red, which means “Extreme Drought”, or “Exceptional Drought”. 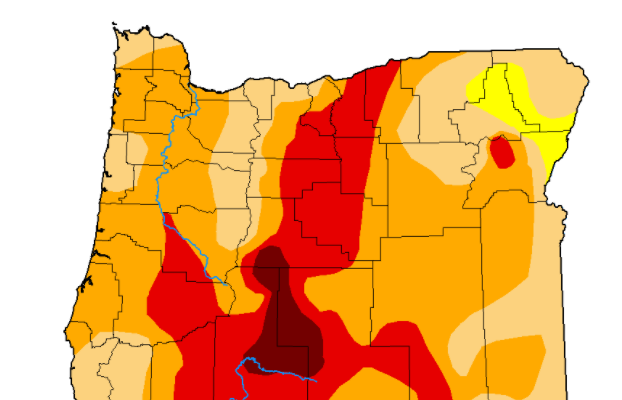 Adam Hartman, meteorologist at the NOAA Climate Prediction Center says June, July, and August are going to be drier than normal in the Pacific Northwest this year.

Here’s the description in the government’s report:

The warmest temperatures in the region were over California and Nevada, where departures for the week were 3-6 degrees above normal. Most of the rest of the region was near normal for temperatures. Most of the West was dry for the week but eastern New Mexico and western Montana received enough precipitation to allow for some improvements to their drought status. Impacts are building in the region with water cutback anticipated on Lake Mead as it is currently 37% full and fell below the critical 1,075-foot level triggering cutbacks to Arizona, Nevada, and Mexico. Abnormally dry and moderate drought conditions were improved over western Montana while New Mexico had a large area of exceptional drought improve due to recent rains. In Washington, conditions continue to dry out, and abnormally dry and both moderate and severe drought conditions continued to expand.