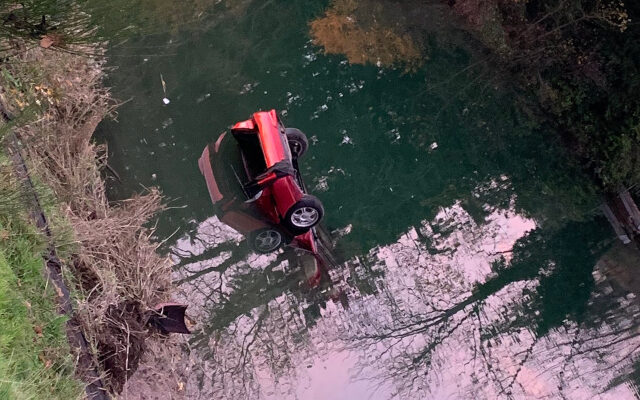 WOODLAND, Wash. — Two cars collided on Interstate 5 southbound south of Lewis River Road on Thursday morning, sending one vehicle airborne off the freeway into Horseshoe Lake to the driver’s death and the other fleeing from the scene.

“That vehicle that was struck crossed all lanes of traffic, went across a frontage road and rolled into Horseshoe Lake and came to rest on its top.  There was one occupant that was trapped inside for approximately 15 minutes,” said Washington State Trooper Will Finn.

The victim has been identified as 44-year-old Leonel Lopez Tello from Kalama.

Detectives are looking for the man behind the wheel of a dark 2-door vehicle with aftermarket wheels/exhaust similar to a late 90’s or early 2000 model Honda Civic that should have damage to the front end.  The man is said to have been wearing dark pants and an orange construction sweatshirt.

Witnesses are asked to come forward, specifically those who may have witnessed the crash between 6:15 and 6:30am and especially those with dash cam recordings. 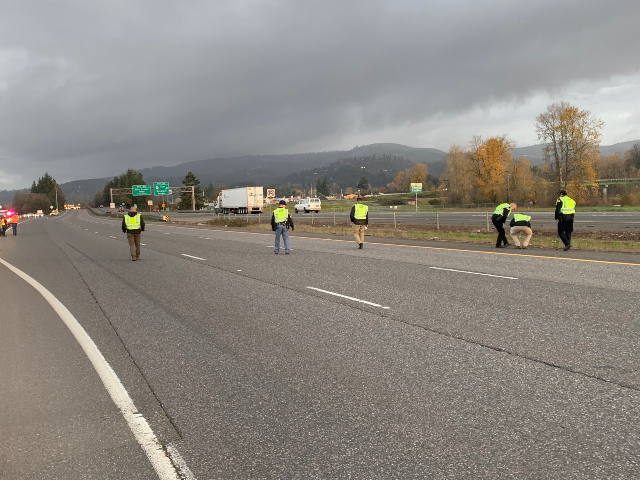 All southbound lanes were closed for about two hours.