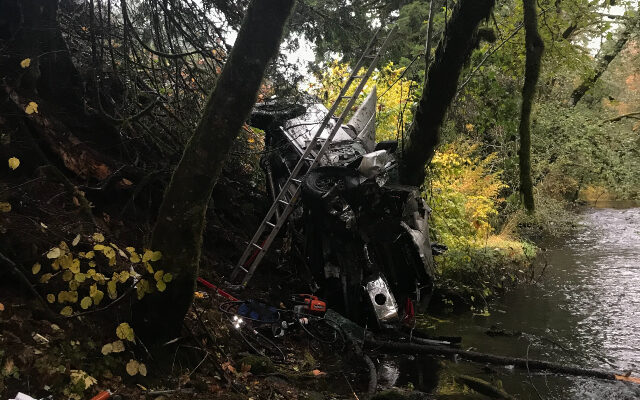 GLENWOOD, Ore. — A driver was trapped inside their wrecked car nearly five hours early Friday morning after crashing on Highway 6 in the coast range.

Investigators believe the driver crashed into a tree and knocked down power lines around 3:00am near Glenwood when a power outage was reported.

As crews were clearing the debris and repairing the pole and lines, a seriously damaged truck was found on its side about 20 feet down an embankment on the edge of Gales Creek.  A tree stopped the vehicle’s decent into the cold waters.

Firefighters found the driver was conscious and began the hour-long rescue effort.  They were transported to a trauma hospital with potential serious injuries.

The location of the crash is in rural Washington County with no nearby residents who would have heard the crash.