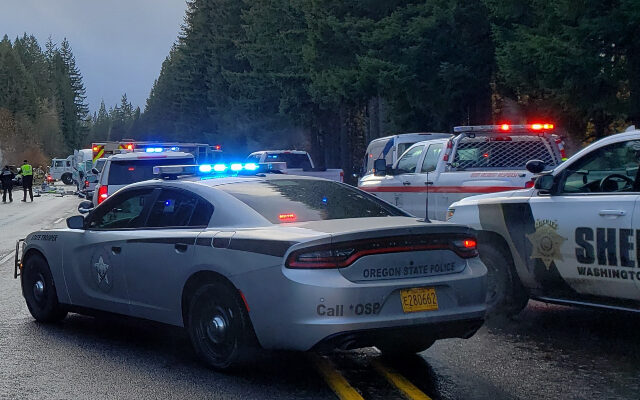 TIMBER, Ore. — A driver was killed when they collided with two other vehicles on Highway 26 near Timber Road just east of the Washington County line on the afternoon of November 10th.

Oregon State Police say a man was driving westbound when he crossed into oncoming traffic just before 2:00pm.  He was identified on Friday as 28-year-old Kevin Gilroy from Portland.

Paramedics transported one of the other drivers to the hospital.

Listener Jim called FM News 101 KXL saying he was stuck in the back-up and saw the crashed vehicle had rolled and caught fire.  The wreckage was still smoldering.  After waiting a half hour, he turned around and took a detour through Vernonia and says many other drivers were also turning around on the highway to get out of the traffic jam.

Both directions of the highway were closed for nearly four hours.