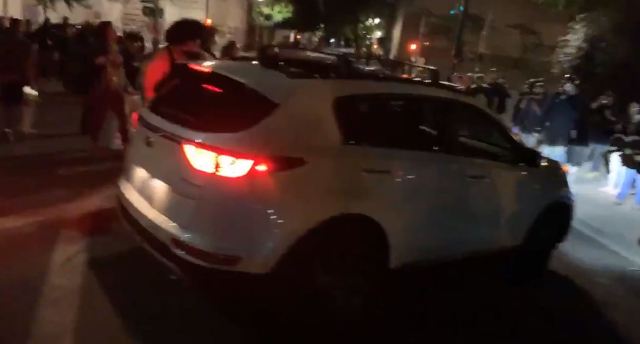 PORTLAND, Ore. — An altercation between a driver and protesters in downtown Portland early Thursday morning ended in gunfire.

A vehicle turned onto Southwest Main Street near the Multnomah County Justice Center and attempted to turn around going the wrong direction.

Protesters surrounded the vehicle and the driver fired shots into the air as they drove away.  Nobody was wounded.

Tonight at the #Portland #Protest a car was menacing through the area & emptied a revolver into the air after a conflict. #GunShots #ShotsFired pic.twitter.com/Cbzv0UPHh5

Officers were not able to locate the vehicle or any evidence at the scene.