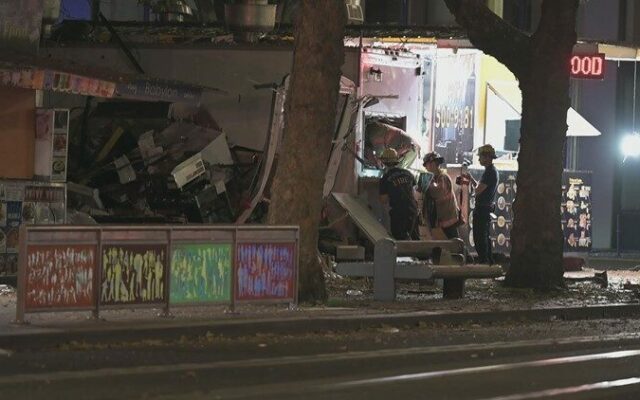 First responders began an investigation to survey damages and see if there were any injuries. They were not able to locate anyone who might have been injured. The search revealed a large number of windows that had been shattered from the explosion in the surrounding block.

Portland Police Bureau’s Explosive Disposal Unit combed the area to clean up any explosive devices, among a post blast analysis.

Portland Fire’s Arson Investigators joined the survey to evaluate and determine the cause.

During the investigation, Southwest 5th Avenue is closed, between Oak and Washington Streets, and Southwest Harvey Milk St.  is blocked off from 4th to 6th avenues.

Anyone with information about the explosion who has not already been contacted by police is asked to contact the Portland Police Bureau by email at [email protected] .