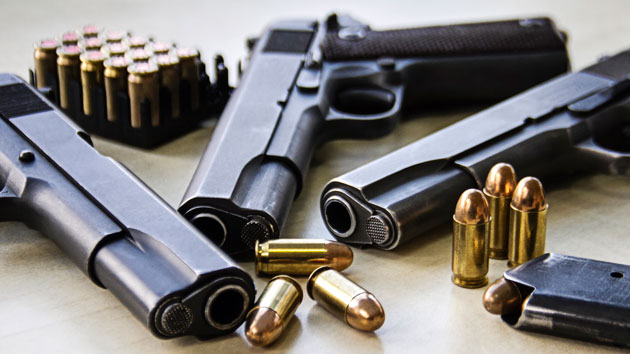 Portland, Oregon – A double shooting early this morning in North Portland has police busy investigating. Officers responded to two separate shootings in the Portsmouth neighborhood near St. Johns around 12:30am.

Police searched the area, they found bullet casing. One person has been detained. It appears no one was hurt.

Posted on FlashAlert: March 1st, 2019 5:33 AM
On Friday, March 1st, 2019, at 12:30 a.m., officers assigned to the North Precinct responded to the Portsmouth Neighborhood on two separate shooting incidents.

Officers arrived in the area and searched for suspects and anyone injured by gunfire. No victims of gunfire were located at the scene or have arrived at local area hospitals. As officers continued the investigation, they canvassed the two areas and located evidence of gunfire.

Members of the Tactical Operation Division’s Gun Violence Response Team (GVRT) responded to assume the investigation. They will determine if the two incidents are related. One person was detained during the investigation.

Anyone who witnessed this shooting or who possesses video surveillance of the shooting is asked to contact GVRT at 503-823-4106.

The Portland Police Bureau works closely with Enough is Enough PDX, a community-led campaign aimed at encouraging people to take a stand against violence in the area.

For more information about Enough is Enough PDX and how you can get involved, please visit https://www.facebook.com/EnoughIsEnoughPDX

Additional information about Enough is Enough PDX and other City efforts addressing youth violence can be found at the Office of Youth Violence Prevention, http://www.portlandonline.com/safeyouth/

Crime Stoppers of Oregon offers cash rewards for information, reported to Crime Stoppers, that leads to an arrest in any unsolved felony crime and tipsters can remain anonymous.

Information about this case or any unsolved felony crime may be eligible for a cash reward of up to $2,500.

Information learned from social media sites such as Facebook, Twitter or YouTube should be shared as these tips may lead to the identification of a suspect or suspects. Links can be shared anonymously through Crime Stoppers.