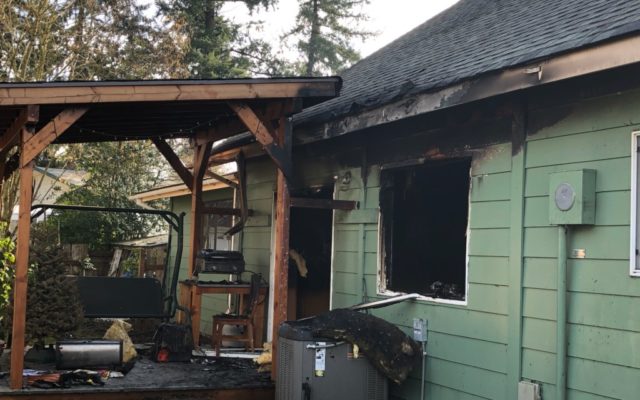 Vancouver, Wash. – A dog was rescued from a burning home in Vancouver. The fire broke out Saturday morning around 9am on Northeast 87th Street. Crews found fire and smoke at the smaller two-story home when they arrived. No one was inside and no one was hurt. But a dog was found trapped behind a bedroom door, and rescued by firefighters. He’s reportedly in good health and will be fine. He was taken to a neighbor’s house. No word on a cause of the fire yet. KXL’s Jacob Dean talked with Pete Adams of Vancouver Fire. 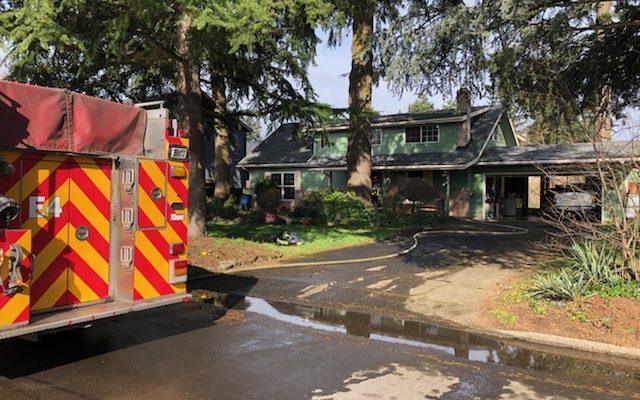 At 08:59 on 2-22-2020 the Vancouver Fire Department responded to the report of a house fire with people inside at 11020 NE 87th St. in Vancouver, WA.  Within five minutes Vancouver Fire Engine 4 arrived to find a 2 story house on fire.  Engine 4 quickly attacked the flames as additional arriving units aggressively searched the structure.  No people where home.  However, a dog was found and carried from the burning house and given to a neighbor.  A total of 25 personnel on scene from Vancouver Fire had the fire under control nineteen minutes later.  The fire is currently under investigation by the Clark County Fire Marshalls office.