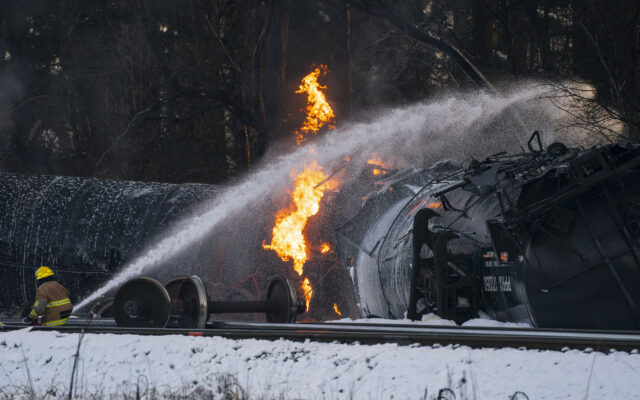 The cars on Tuesday were loaded onto flatbed trucks for removal from the derailment site in Custer.

She says the cause of the derailment remains under investigation by the FBI.

Wallace says officials with the Department of Ecology also remain at the site with soil testing and remediation work to start this week.