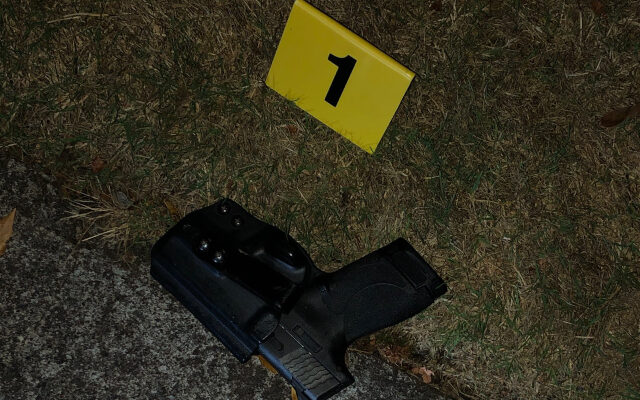 Gun seized in shooting at NE 44th and Glisan

PORTLAND, Ore. — For the second time in less than one week, there were four separate shootings in Portland on Tuesday afternoon and evening.

A man is said to have potentially life-threatening injuries after being shot on North Schmeer Road just east of Interstate 5 around 3:30pm.

Just before 6:00pm, a woman was shot at a home on Southeast Center Street near 146th Avenue.  Her wounds are said to be serious.  The suspect was detained.

The third shooting happened on Southeast Kelly just east of 122nd around 9:45pm.  A man was shot and is expected to survive.

A fight between two people who police say were involved in a demonstration ended in gunfire.  One of them shot the other at Northeast 44th and Glisan around 10:30pm.  Both were injured and taken to the hospital.  They are expected to survive.  A business was damaged in the gunfire.

Police are not releasing any further information at this time.  Anyone with information on either shooting is asked to call (503) 823-3333.