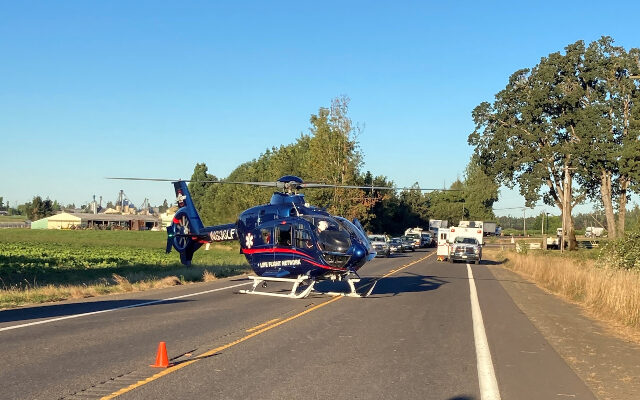 DONALD, Ore. — Two pick-up trucks collided in Northern Marion County on Tuesday morning and one of the drivers did not survive.

The vehicles crashed on Ehlen Road NE east of Butteville Road NE around 6:45am.

41-year-old Joseph Haener of Aurora was flown from the scene by Life Flight, but he died at the hospital.  40-year-old Christopher Hutchison of McMinnville survived.

The Marion County Sheriff’s Office says Haener was going westbound and was hit by the oncoming truck as he tried to make a left turn into a driveway.