Dan Rather Inspired Me Today 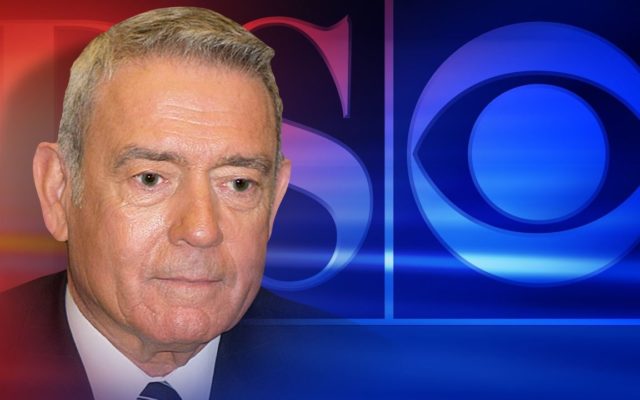 What a time to be alive, eh?  I already suspected this historic moment might be coming, what with the COVID-19 pandemic and all, but…I suppose I didn’t see it morphing into this civil unrest quite so quickly.

One thing this virus seems to have done here in America is to show us everything that still needs to be “fixed”.

It’s shown us how we can truly make, “a more perfect union”.

It’s shown us that we have not arrived.  We have not made things as good for people as they can or should be.

I wanted to share a message from longtime former TV News Anchor Dan Rather.  It notes many of the historical landmarks that are so important to remember as the nation navigates this crisis.

The United States is not on the verge of collapse.

I say this not to minimize the dangers of this moment. They are great.

I say this not to negate the pain. It is deep.

I say this not to normalize the injustices. They are real and have been festering for far too long.

I have seen violence and heartbreak. One of the hallmarks of my time on this planet is I have seen a lot. And what I have also seen is that this country, because of the best spirit of its people, can bend a lot without breaking. And when it rights itself, it often becomes more just, more empathetic, and more resilient.

Is it bad now? Yes. We’re in trouble: a deadly pandemic combined with the worst economic situation since the Great Depression, mixed with a political crisis that has as part of its core a chaotic, dysfunctional, mean-spirited and divisive Presidency.

Our free press, the bulwark of our constitutional freedoms, is under great strain from partisan attacks and a crumbling business model. We see our ideals forsaken on issues from immigration to the climate crisis. We see science denied, and expertise in general accosted.

Meanwhile our adversaries – mainly Russia but also China and likely others, are using the tactics of psychological warfare to strike at America’s democratic strengths – our diversity, the rule of law, our electoral system. And now, we see violence in our streets ignited by the racial injustices that have undermined our nation since its founding.

To watch all of this unfolding in real time on television screens, Internet platforms and in newspaper and magazine coverage is, in the minds of many people, to know that the United States that they love and thought they knew is falling apart and plunging toward deep decline, if not disintegration. But what we are also seeing is what many already knew, especially people of color and other marginalized groups.

America was in need of fixing. It is always in need of fixing. That is both the perils of promise of its journey towards what we hope will be a destiny of a “more perfect union.” Hope, of course, is important but far from sufficient. We also need the energy and ingenuity for action.

As bad as it is now, there are many times that I have felt more fearful for the future. During World War II, I remember when it felt like Nazi Germany and Imperial Japan could win.

The death and destruction of that conflict are far beyond the ability of any human mind to fully comprehend. I remember the Red Scare when it seemed the forces of hate were the vast majority of the nation.

I remember the fear of the Cold War, when one finger on a button felt like it could end life on the planet as we knew it. I remember 1968, when there were political assassinations and it seemed like the country was really split between Black and White. I remember all of these times, and many more.

So what gives me hope now? I see it in the faces of the peaceful protesters and the fearless reporters telling the story. I see a nation that I know, multi-ethnic and multi-racial. I see mobilization and energy.

I see an outpouring of love and support for our fellow citizens. I see many with power and privilege in this country refusing to sit on the sidelines. I see that we are celebrating Pride Month in June, and never would have felt that would have been possible.

I see that this nation is being convulsed by structural, systemic, legal, and cultural problems that have long been in need of our collective attention. And I see millions of my fellow Americans saying give me a hammer, give me a bandage, give me a ballot, let’s go out there and get to work.