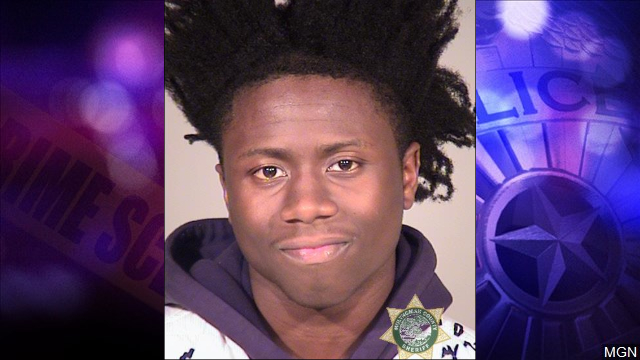 Portland Police say they’ve finished the search of a house for a shooting suspect in North Portland. Their Special Emergency Reaction Team searched the house, as well as the surrounding block, at 4600 Houghton Street.

Investigators are looking for a suspect, 20 year old Marquise D. Brazile.  He is a black male, 5’9″ tall, weighing about 180 pounds. If anyone sees him, do not approach and please call 911.

Officers have recovered a firearm and seized it as evidence, but have not confirmed if the firearm was used in a shooting incident.

This comes after officers on patrol say they witnessed gunfire at about 3:15 this morning, and they say a person running.

Sergeant Kevin Allen with Portland Police said, “The folks that are living in the area as far as I know have all been contacted, or at least most of them have been contacted and made aware of what’s going on. There’s no evacuation, it’s just kind of a shelter in place situation.”