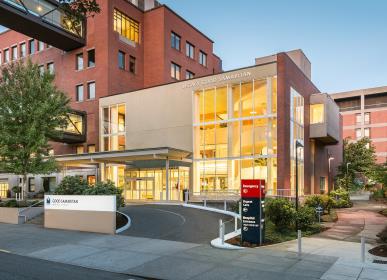 Salem, Ore. — In a new report, the Oregon Health Authority released data showing that those with commercial health insurance paid way more during a hospital visit than those with Medicare. The weighted average shows that those with an employee-sponsored health plan paid 178% more than what Medicare patients did for inpatient hospital services and 247% more for outpatient services. This costs businesses more in premiums, and costs patients more in deductibles, co-pays and other out-of-pocket expenses.

“To be honest, employers are being taken for a ride.” That’s Christopher Koller President of the Milbank Memorial Fund, a group that works to improve the healthcare system.

Part of the issue, is that so much what you’re paying for in healthcare is unknown. And prices are negotiated behind closed doors.

“It’s a black box” says Koller “In about half of our healthcare system we set rates publicly, that’s in Medicare and Medicaid. Then the other half, the commercial market, it’s this great hidden secret. The insurers are to blame for it too because historically they have said this is part of our core skills. This preserves their business, their role in the system. But as this data comes out, employers should say you’re not very good at this. You’re losing leverage at the table and we are paying more because of it… As an insurer, I don’t mind if you charge me a lot, as long as you ensure no one is getting a better price than I do.”

Maureen Hensley-Quinn, Program Director with the National Academy for State Health Policy, agrees that part of this drastic increase in hospital costs is due to how much is unknown to the public.

“Other industries are more upfront about charges versus cost. You can make educated decisions about what you’re paying for. But so much of this is behind a curtain.” She continues by saying how costs are negotiated is also flawed. “Medicare sets its rates based off of what the expense to provide the service is” whereas commercial insurers get a rate set by the hospital “which really doesn’t have a lot to do with the service cost, and then you have to negotiate down. We are eager to get to a place where we start at what the costs are and negotiate from that place.”

OHA agrees that prices for commercial insurance should closer resemble what Medicare pays. It said in a statement “this comparison is noteworthy because experts agree that Medicare payments are often adequate to cover health care providers’ costs.”

Skyrocketing healthcare costs and insurers lack of ability to negotiate with providers are both linked to one major factor. In recent years a growing number of healthcare providers have consolidated into large systems, therefore can command higher rates.

“In the past decade, two decades, we have seen health systems consolidate and get bigger. Really to get more negotiating leverage” Koller said. “a multiple pay by employers is directly correlated to the increase in size of health systems. Meaning, there is a loss of leverage by the health plans in those negotiations.”

Hensley-Quinn says insurers can’t really do much about this new trend.

“One thing that commercial, or employer-sponsored insurance, has to do is consider their networks of providers. And commercial insurers are incentivized to build large provider networks. To do that what is often done, is increase rates to attract more providers. Overtime, we know that there has been increased hospital and provider consolidation. Hospitals merging together, hospitals buying up providers who are external to them, creating larger health systems that actually do have the upper hand in negotiating payment rates with insurers.”

Hensley-Quinn continues by saying, OHA releasing this data is the first step in working towards bringing down healthcare costs and its strain on Americans.

“Consumers not only are paying higher premiums, but their out-of-pocket cost sharing through deductibles and copays really has reached what I think consumers can bear.”

Koller has worked in states where they have passed policy to try to bring costs down.

“In the state of Maryland they set prices for commercial insurance just like they do for Medicare and Medicaid. They all pay just one price” Koller said. “In Rhode Island, we worked through the insurers to say: you can let your rates of increase to hospitals go up by this amount, and no more. Rather than regulate the hospitals, in Rhode Island they regulate the insurers.”

OHA shared in a statement one tool it is implementing to regulate costs.

“Oregon has a Sustainable Health Care Cost Growth Target program. It is intended to limit overall health care spending growth. Understanding the drivers of the growth in health care costs is integral to that program.”

“Now it really feels like were at the precipice of focusing on costs in a new way. And Oregon is a leader in that space. To really try to pull back the curtain and understand more on hospital and other providers costs. Oregon has multiple transparency efforts in place. They have started doing the work that many other states are looking to do as well,” said Hensley-Quinn. “I think we’re at the very beginning. Now we have to have the hard discussions about what’s driving costs, and what that means for healthcare providers, payers and consumers.”

Koller is also applauding Oregon for being a leader in the discussion around healthcare costs.

“I want to commend the Oregon Health Authority for the work that they’re doing, to try to help educate people around what is driving healthcare costs. Other states in the country really have an appreciation for Oregon’s efforts to understand their health systems costs,” Koller said. “This report that OHA is putting out is the next step in educating folks. Saying, ‘ok this is the reality, what do we want to do with it.'”