UPDATE: Bol has confirmed that he will not be returning to Oregon

According to multiple sources, Oregon and Bol Bol fear his left foot injury is going to be season-ending and the 7-foot-2 center has likely played his last game for the Ducks this season. https://247sports.com/college/oregon/Article/Bol-Bol-injury-Oregon-basketball-127246083/ …

Oregon’s Bol Bol is likely out for the remainder of the season, according to multiple sources. 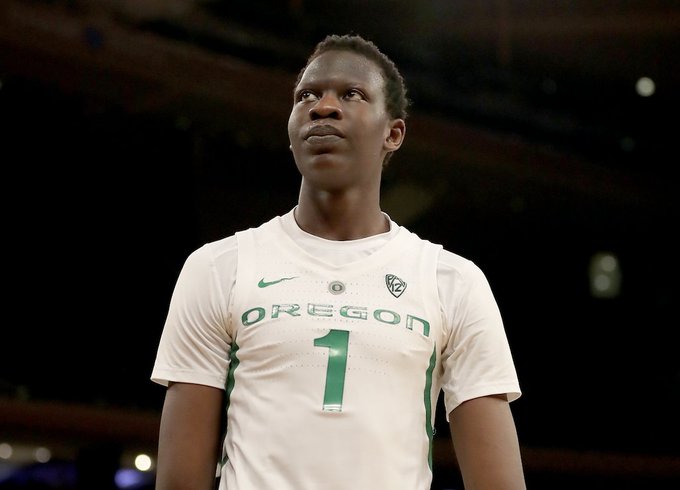 The assumed one-and-done big man has missed the last four games with a foot injury, and his potential return to the team “gets grimmer by the day,” per the report.

Bol reportedly suffered a stress fracture in his left foot.  He has not played since Dec. 12th against San Diego.  He was averaging 21 points, 9.6 rebounds and 2.7 blocks per game, but will likely not suit up for Oregon in a Pac-12 game in his career.

The Ducks are 9-4 and open Pac-12 play Saturday against Oregon State.