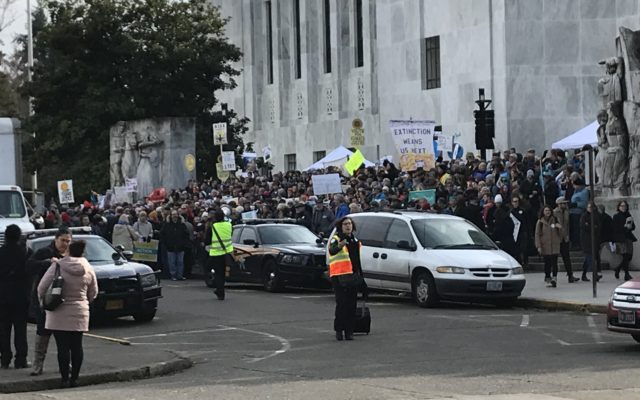 Salem Ore – A thousand or more people rallied in Salem Tuesday in support of the cap-and-trade bill being considered again in Salem.

The cap-and-trade bill was what led to Republican senators fleeing the state in 2019 to avoid a vote on the bill.

Renew Oregon wants lawmakers to pass it as soon as possible.