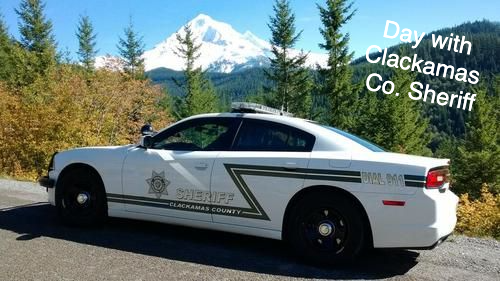 OREGON CITY, Ore–Clackamas County has agreed to a $45,000 settlement in a lawsuit brought by Ka’Mar Benbo and his mother stemming from an August 2019 incident in which the family alleged a sheriff’s deputy pressed his knee onto Ka’Mar’s neck. Ka’Mar is Black and was 12 years old at the time.

“I do believe this will help them realize that we will not back down,” Ka’Mar’s mother Jarena McDavid said on Wednesday. “We will not let you do this to our loved ones, to anybody in the community. It’s letting them know that we’re here, we’re going to fight.” Shortly after the lawsuit was filed in June 2020, McDavid said Ka’Mar and some friends had been at the Clackamas Town Center on the day of the August 2019 incident and left after witnessing a fight, but were stopped by deputies. The lawsuit, filed in Clackamas County Circuit Court, alleged that deputies elbowed Ka’Mar in the face and pushed him to the ground, and that a deputy put a knee on Ka’Mar’s neck, making it difficult to breathe. The lawsuit sought $300,000 The sheriff’s office investigated the incident after receiving a complaint from McDavid, Roberts said, and found that the deputies acted properly and none of them put a knee on Ka’Mar’s neck — a conclusion which McDavid disputed.

Clackamas County notified the court of the settlement on Dec. 9th.  The agreement does not include any statement about the facts of the 2019 incident, and stipulates that the county does not admit any wrongdoing or liability.

Clackamas County Sheriff Angela Brandenburg released a statement on Wednesday in which she said the settlement agreement was “in the best interest of all parties,” and added that her office stands by the actions of the deputies. “No deputy placed a knee on Ka’Mar Benbo’s neck,” she said. “We do not train deputies to restrict a person’s airway or impede their ability to breathe. I will continue to ensure that my deputies are properly trained and that all uses of force are reviewed to ensure they are within policy.”