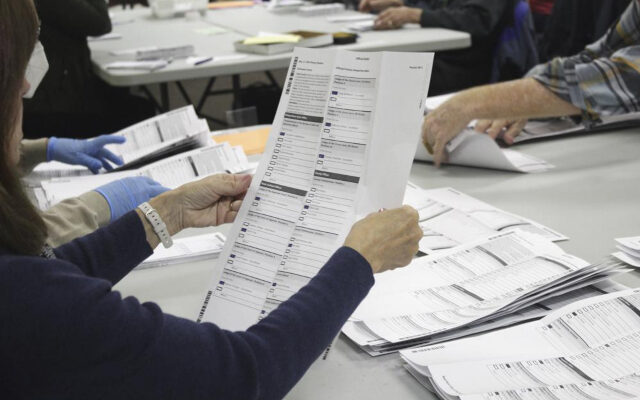 A day after saying it would only post election results once on election night, the county Tuesday says it’ll update the votes twice.

The first results will be released around 8 p.m. and then the votes will be updated at 10:30.

However, after that, the tallies won’t be updated until 6 p.m. on Wednesday.

In contrast, Multnomah County plans to post preliminary results at 8 pm and then update the tallies every two hours until 2 a.m.

OREGON CITY, Ore. – Yet another time, we will have to wait to find out the winners in Clackamas County.

Sherry Hall, the county clerk, says she’ll release preliminary election results tonight at about 8:10, but will not give any more updates, until Wednesday at 6 PM, 22 hours later.  She’s not giving any reason for the delay, which is unlike other counties which provide numerous updates on election nights.

You may remember, in May’s election she knew that tens of thousands of damaged ballots would need to be fixed by hand, but refused help from the state and county for days, delaying the Clackamas results for ten days after the rest of the state.   At the time she said, “Some of it is just the reaction and the learning,”  and admitted,  “I didn’t respond to this with the urgency I should have.”

Clackamas makes up 10% of Oregon’s voters, and 32% of the highly contested 5th Congressional District, between Democrat Jamie McLeod-Skinner and Republican Lori Chavez-DeRemer.

Hall is on the ballot herself this time.