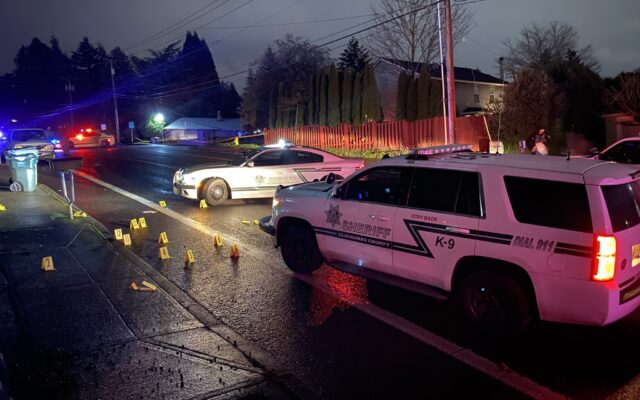 Southeast Idleman Road shut down in Clackamas County, as deputies investigate a shooting with multiple victims.

Sergeant Marcus Mendoza says there are four people who went to a hospital with injuries from the gunfire, but he expects they will all survive.

He says deputies first started hearing reports about gunfire erupting and injuring people near Happy Valley, at about 12:33 A.M.

Since then, Southeast Idleman Road has become a crime scene surrounded with law enforcement workers and vehicles.

Mendoza has this advice for drivers in the area through at least noon. “If you normally travel down Idleman Road from Happy Valley to get towards 82nd Avenue or I-205, I’d suggest taking a different route.”

That shooting was in the 92 hundred block of S.E. Idleman Road, which is closed between S.E. 92nd Avenue and S.E. 94th Avenue.

The Clackamas County Sheriff’s Department has crime scene reconstruction technicians there, and detectives who are notifying neighbors about what’s going on.