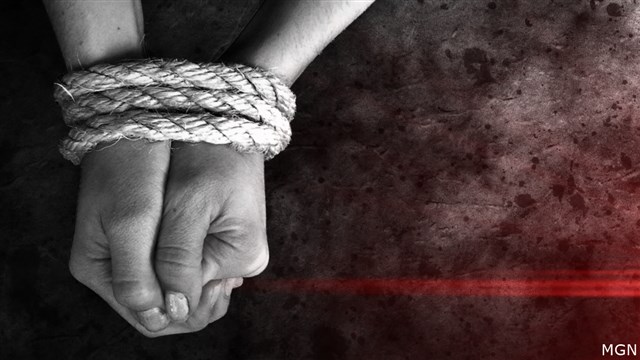 Investigators say a Clackamas County man kidnapped a girl from Edmonton, Canada and brought her to Oregon City.

The 13 year old’s family reported she was missing, on June 24th. The F.B.I., Oregon City Police and Edmonton Police found her with 40 year old Noah Madrano on July 2nd, in Oregon City.  Investigators say the two met on social media.

Her dad tells Canada’s Global News: “It was unbelievable.”

In his first court appearance Tuesday, Madrano’s bail was set at half a million dollars, on kidnapping, sex abuse and rape charges in Oregon, plus other charges in Canada.

“As a parent, you always see the baby in your child … she really needs her family right now,” the victim’s father said.

“I think it’s important that parents certainly do not let their guard down with internet use, and always watch their children,” he continued. “This was something that was unexpected to us, and we had all of the parental controls imaginable. They will find access somehow.”

The Madrano family released this statement after Noah’s arrest:

“No words of ours will ease the trauma that the young victim and the victim’s family have endured. If such words existed, we would offer them with all the sorrow and anguish that fills our hearts. Our greatest hope is that this young person and their family are able to heal, through a combination of time, support, and love.  We love Noah unconditionally, which includes loving him even through the most unthinkable of acts. Our love does not mean that we condone, excuse, or minimize these acts — vehemently, we do not. There is no excuse for harming a child. We ask for our privacy to be respected so that we may begin to process these events.”