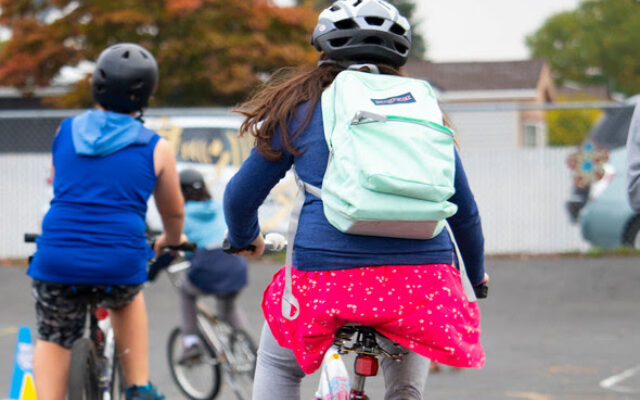 Portland, Ore. – Portland City Council unanimously approved a resolution to establish a school zone along SE 26th Ave. near Grover Cleveland High School. The school is also adjacent to SE Powell Blvd. where famed chef Sarah Pilner was recently hit and killed by a truck while biking to work. The council kicked the meeting off with a moment of silence for her. Two weeks after Pliner’s death, a Cleveland student was hit by a car at the same intersection.

Powell Blvd is a high crash corridor where 17 people have died in traffic crashes since 2017 and is ranked as one of the 30 most dangerous corridors for pedestrians and cyclists. “I want to thank Commissioner (Jo Ann) Hardesty for taking leadership on this important issue,” Commissioner Mingus Mapps said while voting in support of the ordinance. “These are all changes that should be made. Unfortunately for some these changes come too late. For me these changes cannot come soon enough. I have a child who in less than a year will be going to school at Cleveland and will get himself too and from school on his bike.”

The resolution creates an immediate speed reduction at the school, lowering the speed limit to 20 mph, as well as calls on the Portland Bureau of Transportation and the Oregon Department of Transportation to begin discussions around a number of safety changes and studies. It also hopes to jumpstart the conversation around transferring jurisdiction of 26th and Powell to the city, using the recent transfer of 82nd Avenue as a model. Currently it is a state owned highway. “Every traffic fatality is one too many,” said Hardesty who introduced the ordinance. “This was a preventable death at an intersection that PBOT, alongside the community, had previously advocated for substantial safety improvements to be made by ODOT.” Hardesty added that all state owned highways near schools should install school safety zones. And to the surprise of other councilmembers, including Mayor Ted Wheeler, state law only requires safety zones at elementary schools, not for middle and high schools. Hardesty exclaiming how strange that is considering there’s no one more distracted than teenagers.

Besides speed changes, Wendy Cawley with PBOT says they also plan to “implement green bike lanes and a bike box on 26th Ave. in both directions. That should come in the next few months, weather allowing. Then a longer term project is to install a pedestrian crossing with a concrete island on 26th Ave. north of Powell which is the west entrance of Cleveland High School.”

Besides changes to Cleveland, the resolution jump starts a number of other changes.

“This directs PBOT to propose additional safety improvements on other parts of SE 26th Ave., inner Powell, and other busy state owned streets,” Hardesty said. “This would direct PBOT to study the city’s freight route and street classifications that maybe leading large trucks to use 26th, instead of streets that are wider and more appropriate. And finally, this would direct PBOT to work with ODOT to develop a thorough cost estimate for the improvements needed to bring Powell up to city standards for safety and maintenance from SE 9th Ave. to I-205.”

PBOT and ODOT had a history of public disagreements about traffic safety, but Hardesty is hoping with recent tragedies, “we will light a fire under ODOT’s butt to make them actually invest some dollars in helping us with all of these roads.”

The changes at Cleveland high are effective immediately. Hardesty says PBOT will be making additional announcements about safety improvements throughout the rest of the year.