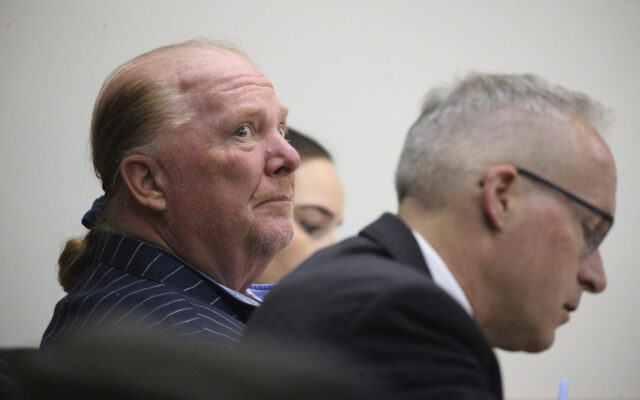 Celebrity chef Mario Batali is seated at Boston Municipal Court on the second day of his sexual misconduct trial on Tuesday, May 10, 2022 in Boston. Batali pleaded not-guilty to a charge of indecent assault and battery in 2019, stemming from accusations that he forcibly kissed and groped a woman after taking a selfie with her at a Boston restaurant in 2017. (Stuart Cahill/The Boston Herald via AP, Pool)

A woman had accused Batali of forcibly kissing and groping her while taking a selfie at a restaurant in 2017.

Batali’s lawyer argued that the Boston assault never happened and said the accuser has a financial incentive to lie.

The judge found him not guilty on Tuesday.

The chef had waived his right to a jury trial.

Batali had faced indecent assault and battery charges, which carried up to 2 1/2 years in prison.

The career of the 61-year-old former Food Network fixture crumbled amid sexual misconduct allegations from four women in 2017.