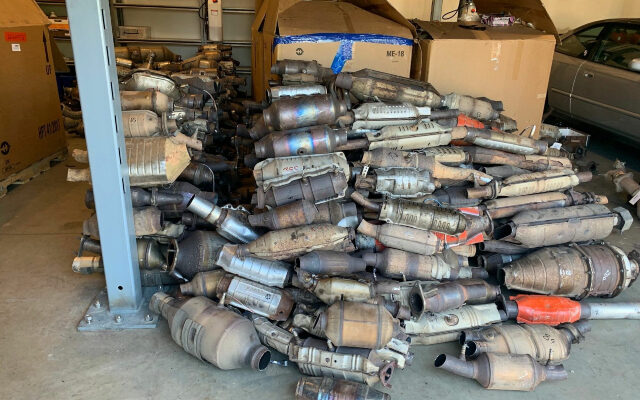 BEAVERTON, Ore. — A theft ring dealing in catalytic converters that reached into six states has been busted with 14 people facing indictments.

Beaverton Police started investigating the operation in January of 2021.  Last week, search warrants were served at eight locations including one on the waterfront in Lake Oswego.  More than 3,000 catalytic converters were seized along with hundreds of thousands of dollars in cash, a high-end vehicle and jewelry.

Detectives believe that 32-year-old Brennan Doyle of Lake Oswego was the leader of the criminal organization.  He’s accused of trafficking over 44,000 stolen catalytic converters worth more than $22 Million during that time.

Authorities say the group of 14 participated in an organized effort to steal catalytic converters from vehicles up and down the West Coast.  The crime ring operated in six Oregon counties and in Washington, California, Nevada, Texas and New York.

A Washington County Grand Jury has indicted Doyle, along with 32-year-old Tanner Hellbusch and 12 other people on charges of Racketeering, Aggravated Theft, and Money Laundering.

Hellbusch was transporting over 100 catalytic converters in a vehicle when he was stopped by police in March in Beaverton.