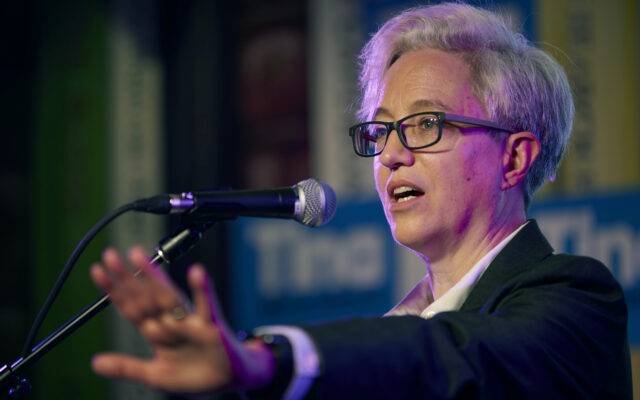 The candidates for Oregon Governor clashed on homelessness policies, accusations of dishonesty, track records on education spending and support for police during the last televised debate sponsored by our news partner KGW and The Oregonian.

Democrat Tina Kotek, Republican Christine Drazan and unaffiliated candidate Betsy Johnson all agreed that homelessness is one of the most important issues in the state.  They said they’d support a proposed plan from Portland Mayor Ted Wheeler to ban unsanctioned camping in the city and move homeless people to large designated camping areas.  Johnson blamed Kotek for enabling sidewalk camping when she served as House speaker.  Drazan said Kotek prioritized “almost everything before she prioritized homelessness” and failed to act on the issue. Kotek cited The Oregonian’s endorsement of her candidacy, saying, “I’m the only one with a comprehensive plan at this moment to help people leave homeless, get into shelter.”  She blamed Drazan for delaying more than $100 million in spending on homelessness and affordable housing, when Drazan led Republicans in a walkout at the Capitol during the 2020 session.

Drazan said as governor, “I would declare a homeless state of emergency on day one.”   She says she would focus on moving homeless people into supportive housing and onto stability but would also take action if they refused help. “Frankly, if people decline services, if they are choosing a homeless lifestyle because they’re facing substance use disorder or in fact it’s a choice they’re making, it’s time for our state to recognize there must be accountability.”

Johnson cited fighting among the political parties as a reason for a lack of progress on the issue.  She stressed accountability.  “Everybody thinks their way is the correct way.  Housing first, or dealing with the underlying problems.  I think it is imperative that we have metrics to measure our success.”

Polls continue showing a statistical dead heat between Drazan and Kotek, with Johnson lagging behind by more than ten points.