Can You Identify These 60 Riot Suspects In Eugene? 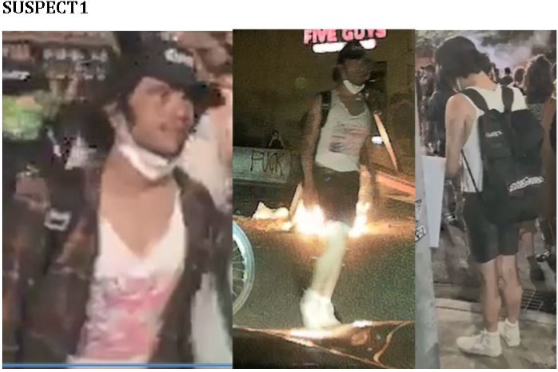 Eugene, Ore. – Police need your help tracking down 60 riot suspects in Eugene. Police say these suspects damaged businesses near 7th and Washington back at the end of May.

On the night of Friday, May 29, and into the morning of Saturday, May 30, a peaceful protest in downtown Eugene devolved into a riot. While not everyone who participated in the original peaceful protest participated in the riot, several hundred individuals participated in widespread damage to property, burglary, robbery, assault, arson and other violent crimes. This was predominately centered around the intersection of 7th Avenue and Washington Street where the businesses sustained extensive damage and loss.

Since that time, members of the Special Investigations Unit have been conducting an investigation into these incidents with the goal to identify those who engaged in the crimes and arrest those individuals for the crimes committed. This continues to be a lengthy investigation, which requires reviewing hundreds of hours of surveillance video along with available social media posts. Ultimately, detectives were able to identify a number of individuals involved in the incident and the crimes committed through videos and interviews. They were arrested on August 5.

Investigators are continuing their work and are now reaching out to the public for help identifying an additional 60-plus suspects. The attached PDF contains these suspects. If anyone has tips as to the suspects’ identities, please contact the Eugene Police TIP line at 1-541-262-5388 (the number requires a “1” for this particular number).

This investigation is ongoing and additional arrests are anticipated.