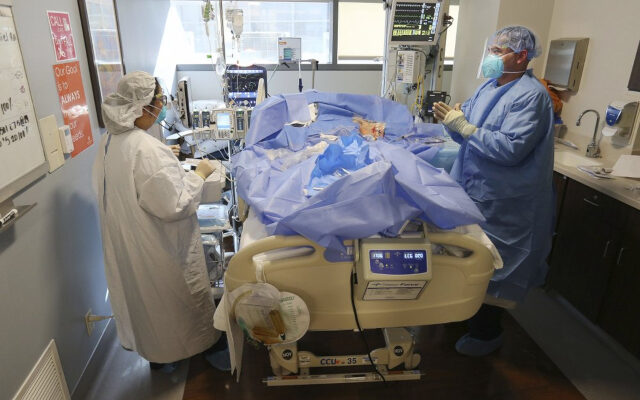 SACRAMENTO, Calif. (AP) — California Gov. Gavin Newsom has announced the first known case of the new and apparently more contagious variant of the coronavirus in the nation’s most populated state, following the first reported U.S. case in Colorado.

Newsom said he had just learned of the finding in a Southern California infection Wednesday. He announced it during an online conversation with Dr. Anthony Fauci, the nation’s leading infectious-disease expert.

“I don’t think Californians should think that this is odd; it’s to be expected,” Fauci said.

Newsom did not provide any other details about the person who was infected with the mutated version of the virus.

The Colorado and California cases have triggered a host of questions about how the variant circulating in England arrived in the U.S. and whether it is too late to stop it now, with top experts saying it is probably already spreading elsewhere in the United States.

The confirmed case in Colorado is a National Guardsman in his 20s who hadn’t been traveling, officials said. He has mild symptoms and is isolating at his home near Denver, while another Guard member has a suspected case. They had been sent last week to a nursing home struggling with an outbreak.

The case in California comes as the state ins consumed by a growing pandemic crisis, including record deaths.

Hospitals are increasingly stretched by soaring infections that are expected to grow in coming weeks. Southern California and the agricultural San Joaquin Valley have what is considered no intensive care capacity to treat patients suffering from the coronavirus. And state health officials remain worried about gatherings tied to New Year’s Eve.

But hope is on the horizon as vaccines roll out.

The statewide transmission rate has fallen to the point where one infected person is in turn infecting just one other individual, a development that Newsom called encouraging while warning that rates in central and Southern California remain much higher and the trend could reverse from holiday gatherings.