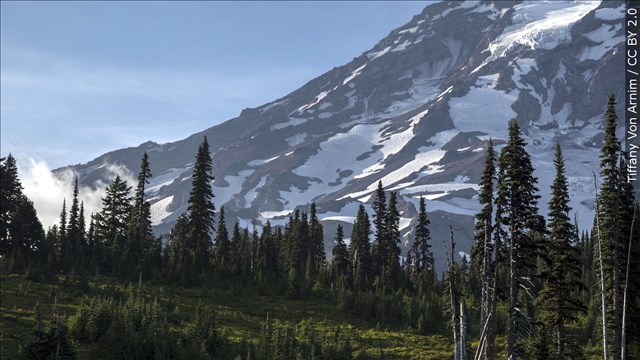 MOUNT RAINIER NATIONAL PARK, Wash. (AP) – Officials say the body of a hiker who fell through a snow bridge at Paradise in Mount Rainier National Park has been recovered.

Mount Rainier National Park spokesperson Kevin Bacher says the hiker was found on Wednesday at the bottom of a steep drainage under 8-10 feet of snow.

Rangers initially received the report of someone who had fallen through the snow from a hiking companion who called 911 on Tuesday.

A team responded and tentatively spotted an unresponsive person downslope.

The terrain was too hazardous to safely conduct a recovery in the dark.

A ranger descended into the trench Wednesday and recovered the body from the base of a waterfall fed by snowmelt.