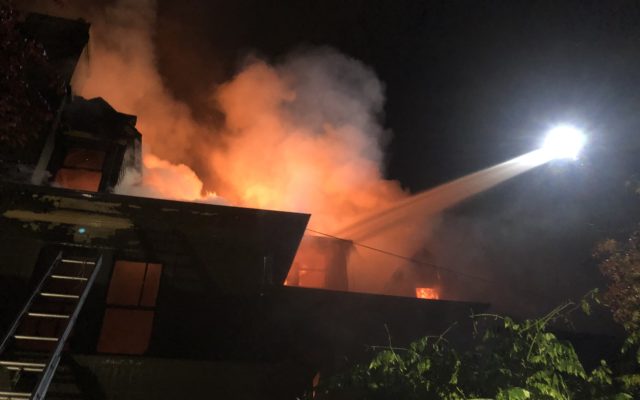 Around 2 AM Saturday morning fire crews responded to a house fire on SW Madison ST and found a victim’s body.

Crews were told by one 9-1-1 caller that the house looked to be unoccupied as no cars were in the driveway.

Fire crews arrived and found a three story house with a basement on fire. They say all three floors, the basement and attic space were “heavily involved with fire and that fire was blowing out through multiple windows on all sides of the house.”

Portland Fire And Rescue said in a press release “Because of the heavy fire involvement throughout the house and because the house was too structurally compromised for an interior fire attack (the staircase had burned through), PF&R crews began an aggressive exterior fire attack using multiple hose lines in attempt to begin knocking down the fire and also to protect the four story house to the east”

After hours of defensive tactics firefighters were able to extinguish the fire.

Shortly after crews said they could see the body of a deceased adult through a second floor window.

The identity of the victim remains unknown.