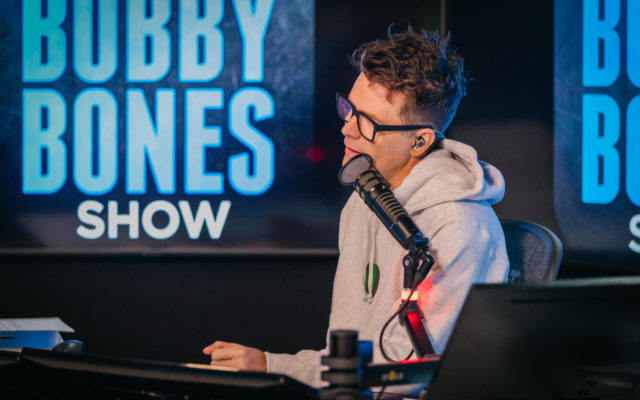 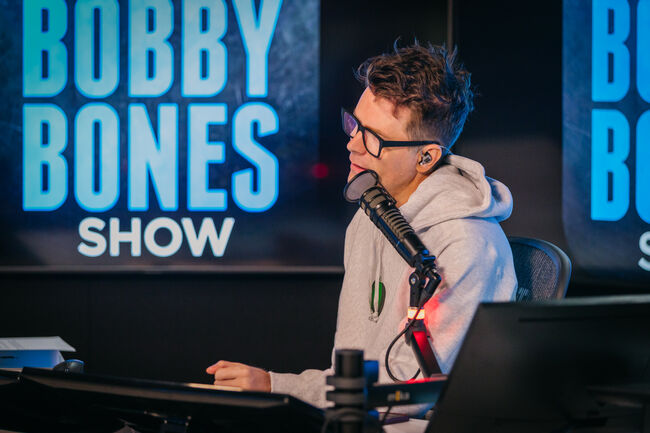 Bobby Bones opened up about the moments he has kept to remind him of his struggling childhood.During the show today, Bobby was talking about the Instagram Dwayne “The Rock” Johnson posted sharing that he had just bought an entire pro football league after never having his dreams come true of making it in the NFL. In the post he shared that he also has $7 framed in his office, which is the same amount he had to his name when he was cut from the Canadian Football League in 1995. He uses the framed $7 as a reminder to stay hungry, and humble.

While talking about the story, Bones shared that he also has some things he has kept from over the years to remind him of his upbringing as a way to never forget. He keeps a photo framed of his hometown in Arkansas that shows ‘Mountain Pine: Population 772.’ The other item he’s kept for several years is the shoe box that his first pair of Jordans came in, this meant so much to him because it was the first pair of good shoes he was able to buy.