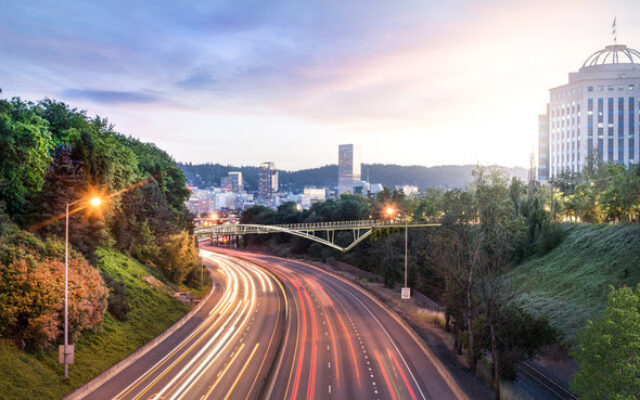 PORTLAND, Ore. — The grand opening for the Congressman Earl Blumenauer Bicycle and Pedestrian Bridge is set for this Sunday.

“This bridge is a dream come true, and it’s a beautiful addition to Portland’s network of infrastructure for biking and walking,” Rep. Blumenauer said.

An all day celebration is planned for Sunday from 8am-10pm.  Click here for the schedule and more information.

The seismically-resilient bridge crosses seven lanes of Interstate 84 and two railroad lines at Southeast 7th Avenue, tying together the Lloyd business district with the Central Eastside, two of Portland’s fastest growing neighborhoods.  It is 475′ long and 24′ wide.

“This bridge will make it more comfortable for people to bike and walk between the Lloyd and the Central Eastside, and it will make it easier for people all over Portland to get where they need to go by burning calories instead of carbon,” Rep. Blumenauer added.

There are two new public plazas and landings on the north and south sides of the bridge.

In addition to carrying bicyclists and pedestrians, the bridge will serve as a back-up route for emergency vehicles over the freeway in the event of an earthquake.

The bridge was named after Congressman Blumenauer because of his continued support for transportation projects.  The total cost is estimated at $19 million.