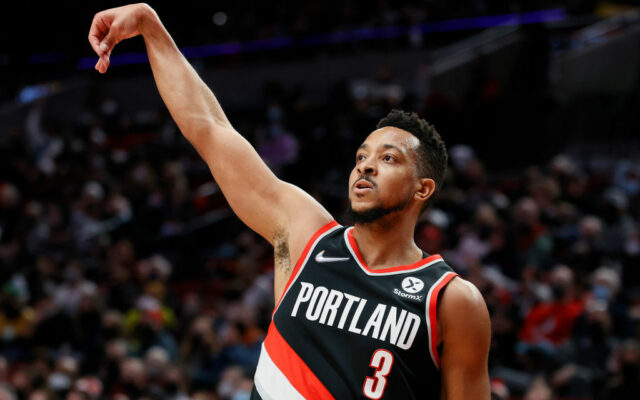 PORTLAND, OREGON - JANUARY 25: CJ McCollum #3 of the Portland Trail Blazers shoots a three point basket against the Minnesota Timberwolves during the first half at Moda Center on January 25, 2022 in Portland, Oregon. NOTE TO USER: User expressly acknowledges and agrees that, by downloading and/or using this photograph, User is consenting to the terms and conditions of the Getty Images License Agreement. (Photo by Steph Chambers/Getty Images)

Portland, Ore. — Portland has made another deal…

ESPN’s Adrian Wojnarowski is reporting that the Portland Trail Blazers are sending CJ McCollum, Larry Nance and Tony Snell to the New Orleans Pelicans in a trade.

Portland and New Orleans have agreed upon a trade — CJ McCollum, Larry Nance and Tony Snell are on the way to the Pelicans, sources tell ESPN. https://t.co/Hy4oxNNTiM

This is a developing story and will be updated when more information is available.